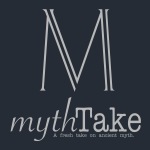 on our Mythological Tour of the Solar System is Mercury. Meet the Greek god Hermes (Roman= Mercury) in the Homeric Hymn to Hermes as he goes from baby to Olympian god in just two days! 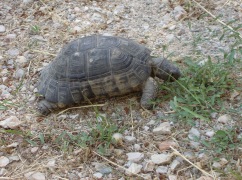 Photos: (left) A tortoise munching on grass, Athens; (centre) A herma National Museum of Archaeology, Athens; (right) A headless herma on display on the south slope of the Athenian acropolis. All photos ©AlisonInnes 2009.

And after he leapt up from the immortal limbs of Maia
he did not stay for long lying in his holy cradle,
but sprang up and sought the cattle of Apollo,
walking over the threshold of the high-vaulted cave.
There, finding a tortoise, he won endless joy.
Hermes indeed was the first to make the tortoise a singer,
as she met him at the courtyard gates,
feeding on the rich grass in front of the house,
going lightly on her feet. And the swift son of Zeus
laughed watching her and immediately spoke a word:
:Already, a very useful token for me! I do not scorn it.
Hail, comrade of the feast, lovely in shape, played at the dance,
a welcome sight! Whence did you, a tortoise living in the mountains,
clothes yourself in this beautiful plaything, this gleaming shell?
But I will take and carry you into the house, and you will profit me,
nor will I dishonour you; but first you will help me.
It is better to be at home, since the outdoors is harmful.
For surely you will be a defence against baneful attacks
while alive, but if you die, then you would sing very beautifully.”
So he spoke and at the same time lifting her up in both hands
he went back into the house carrying the lovely plaything.
Then, after swinging her around, he pierced through the life-force
of the mountain-tortoise with a knife of grey iron.
……
But Hermes answered her with crafty words,
“My mother, why do you aim these threats at me as if I were a foolish young child, who knows very few evils in his heart
and cowers, fearful, at his mother’s threats?
But I shall enter into whatever skill is best
to feed myself and you forever. And the two of us
alone among the immortal gods will not continue to stay here
in this place without offerings and without prayers, as you bid.
Better to converse with the immortals all our days,
rich, wealthy, with much land for crops, than to sit
at home in a gloomy cave. And about honour,
I, too, will enter into the cult which Apollo has.
And if my father will not grant this, I will try,
(and I have the power), to be a leader of thieves.
And if the son of glorious Leto searches for me,
I think something else even greater will befall him.
For I will go to Pytho to break into his great house;
from there I will plunder splendid tripods in abundance and cauldrons
and gold, and gleaming iron in abundance
and much clothing. And you will see it is you want.”

Nasa.gov “Your Weight in Space” (http://solarsystem.nasa.gov/kids/index.cfm?Filename=puzzles)

Subscribe on iTunes so you don’t miss an episode! https://itunes.apple.com/ca/podcast/mythtake/id1103569489?mt=2

Find our RSS on Podbean http://alisoninnes.podbean.com